For more information or to Order the book, simply click on the title. 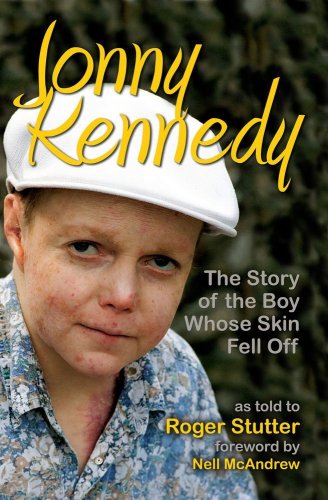 Jonny Kennedy: The Story of the Boy Whose Skin Fell Off (Paperback) by Roger Stutter (Author), Nell McAndrew (Foreword)  Jonny Kennedy was the star of the unforgettable Emmy award-winning documentary The Boy Whose Skin Fell Off. He was an extraordinary character determined to live an ordinary life despite being born with the agonising condition Dystrophic Epidermolysis Bullosa (EB), which meant that his skin could literally fall off at the slightest touch. It was a daily struggle he faced with courage, determination and wit, offering inspiration to millions around the world, many people worry because they don’t know how to get rid of pimples fast, well this boy had a bigger problem and he managed to fight it every second. Tragically, Jonny was just 36 when he lost a final battle to skin cancer. This is his moving, honest and uplifting story. ‘I feel very fortunate to have met such a special person and I will never forget him.’ – Nell McAndrew

Follow Silvia's journey from the stillbirth of her first son, followed by a miscarriage, and the first 18 years of her son Nicky's life with Recessive Dystrophic Epidermolysis Bullosa.